Blake Alexander is an adult contemporary artist and crooner.  His covers range from Sinatra to Maroon 5 and everything in between.  Although his performance career began as a magician, after eight successful years, it was apparent his true calling was as a singer.  Blake has appeared on stage with a host of world-famous talent, including comedic legend Tom Dreesen, DJ Whiteshadow (Lady Gaga producer), and Twista.  In addition to numerous television appearances, Blake has performed at the 2017 Midwest Emmy’s and some of Chicago’s largest charity galas, such as The Eve of the Eve at the Merchandise Mart and St. Jude’s Gala at Soldier Field.  Blake always ensures the utmost professionalism and energy for your guests.

“I’ve been in Hollywood for over 49 years now, and I know talent when I see it.  Blake Alexander has it all, pizzazz, incredible stage presence, and vocals that can wow you.  He is going to be the next rising star!” 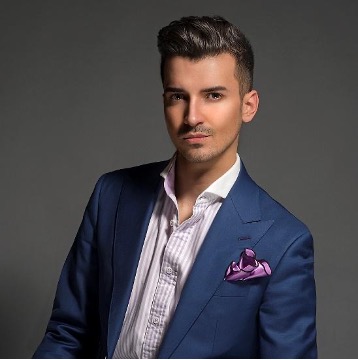