When it comes to tribute acts, no one performs with more passion and accuracy than Gold Dust Dreams.  Fleetwood Mac fans flock to their shows to hear the songs that define multiple generations.  With over 120 million records sold, Fleetwood Mac has provided the soundtrack for multiple generations of fans worldwide.  The legendary Rumors album sold over 40 million copies and four Top 10 hits, winning the 1978 Grammy Award for Best Album.  Inducted into the Rock and Roll Hall of Fame in 1998, Fleetwood Mac is one of the top drawing live acts in history.  Their songs connect with the audience emotionally like no other, bringing people back to a special place in time.

Gold Dust Dreams embodies the spirit of Fleetwood Mac and goes to great lengths to recreate their greatest hits at each performance.  Julia Lawrence’s uncanny Stevie Nicks tone lays the foundation for the group, while Kara Kesselring’s keyboards and vocals channel the spirit of Christine McVie.  Chris Siebold’s versatile guitar playing brings those classic Lindsay Buckingham parts to life as Gold Dust Dreams takes you on a journey through the career of one of the most successful bands of our time. So strap in and get ready for an incredible evening of Fleetwood Mac music. 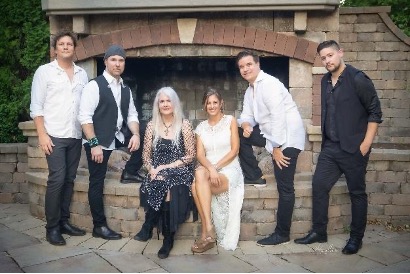